The release of a new Apple product can unleash a frenzy unlike any other. Whether it’s a new iPad or a swanky new laptop computer, Apple seems to consistently be churning out new and innovative merchandise. But try as they may, both everyday customers and members of the media are likely to have a difficult time predicting when Apple will release its latest and greatest device or gadget. This infographic, created by Info Newt provides an estimation of when the next Apple devices will be released, based on data configured from the history of Apple’s release dates. It includes a record of previous releases, as well as an estimated date of the next big release, for products like iPhone, MacBook and Desktop Mac. 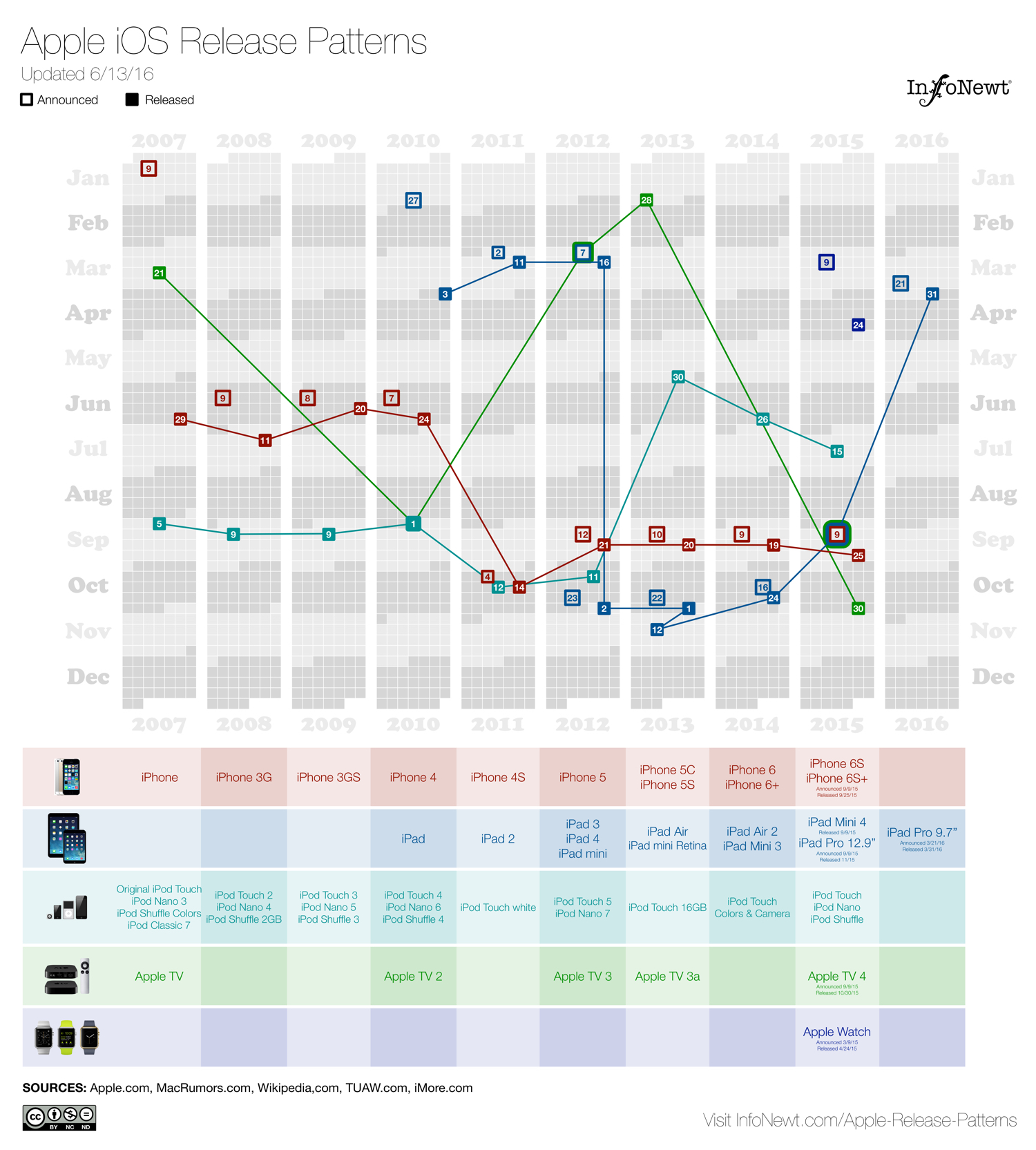