Many people regard 2016 as one of the worst years in recent memory. Indeed, it seemed terrorist attacks, shootings, plane crashes, and other tragedies dominated the headlines on a daily basis. But according to this infographic, created by Knoema, the year 2016 may actually have been safer in 2016 than in 2015, with one notable exception. The date shows the frequency of some events, like police shootings and plane crashes, decreased slightly in 2016. The number of battle-related deaths in 2016 in Asia, Africa, and Europe, decreased significantly. Mass shootings in the United States were the only incidence of violence to increase over the past year. 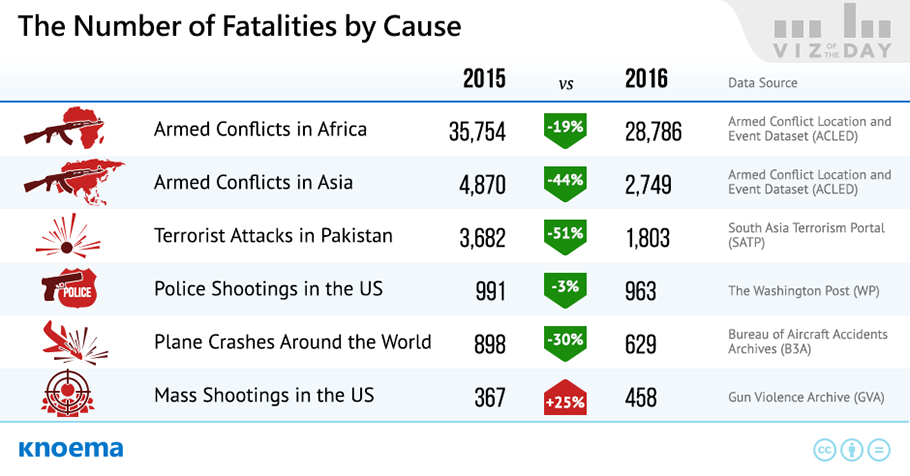